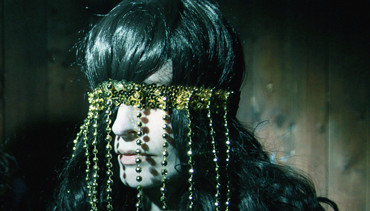 For the first time since its 12th anniversary the Elevate Festival will take place at the beginning of the year. From 2017 on, the festival for electronic music, art and political discourse will take place in March - not as before at the end of October. This change gives Elevate new perspectives and allows for a better coordination with other events. The festival will now be situated at the beginning of the international festival season and hence can set artistic and discursive accents at the beginning of the year. From the 1st to the 5th of March 2017, Elevate will now again present an extensive and diverse music and discourse programme in multiple venues around and inside the Schlossberg in Graz, Austria.

Among the first confirmed acts is the founder of Metroplex and the "Godfather of Detroit Techno" Juan Atkins, who is widely credited as one of the originators of techno under his pseudonyms Model 500 and Cybotron. Mumdance & Logos, the two key figures of the label Different Circles, curate a floor and will bring renowned representatives of their label to Graz. Also hailing from Londin is the project Paranoid London, which will revive the acid-house feeling of the 90s. With her album "Blood Bitch", which was released in 2016, the Norwegian singer Jenny Hval has made it onto all the top lists of the year 2016. In March, she will deliver one of her unmistakable avant-garde performances in Graz. A similar hype is experienced by Lorenzo Senni, who has just celebrated his Warp Records debut and will be performing his new live show at Elevate.

This year's final concert will be played by Metal-Innovator and Drone-Pope Stephen O'Malley (Sunn O))) in the format of a solo show and Radian. The trio is considered a pioneer of the electronic music scene in Vienna: the band is currently on tour internationally with their album "On Dark Silent Off". Another guest for Elevate's first March-edition is Tropic of Cancer - the solo project of US-American Camella Lobo, which moves between Industrial-Pop, Dark Wave and Shoegaze. Mastermind of Dirty Beaches, Alex Zhang Hungtai will perform a free jazz improvisation together with David Maranha and Gabriel Ferrandini. Furthermore, the following acts are confirmed: A Made Up Sound, Ancient Methods, Eclair Fifi, Jung an Tagen, Pulsinger & Irl, Shackleton, Sixtus Preiss & Band and Knower.

Through the development of the digital environment, which is now part of everyday reality, human behavior is often influenced and controlled without notice. Which decisions should we as a society or even as humanity at large delegate to algorithms? These and many more highly relevant questions about the use of the media and technologies of the 21st century are the center of the discourse&activism programme at the Elevate Festival 2017. Some of the participants already confimed are: the internationally acclaimed author, researcher and Internet critic Evgeny Morozov; the chief technology and digital innovation officer of the city of Barcelona, Francesca Bria; the former chief executive of Friends of the Earth Scotland and Sharing Cities advocate Duncan McLaren; British writer, artist, publisher and technologist James Bridle; artist and independent researcher Adam Harvey; Austrian hypermedia researcher and interdisciplinary content developer, director of the Institute for New Culture Technologies-t0 and initiator of Public Netbase and World-Information.Org, Konrad Becker; Swiss author and media scientist Felix Stalder; as well as many more speakers from all around the world to be announced.


2017 is also the second year of the Europe-wide festival cooperation initiative "We Are Europe". For this edition the famous Spanish Sonar Festival and the Insomnia Festival from Tromsø will visit Elevate in Graz. The two festivals will jointly create a programme in various areas of the festival.

From now on, early bird tickets are available: As long as stocks last!