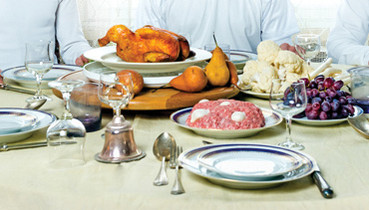 This year's opening night will be brought to you by VICE's music channel, Noisey.

Choosing Marcello Basstrojani as the DJ for the opening night was a no-brainer. He is known for the public display of his affection to music and will most probably pave the way for Mimu + Lukas in a very fitting fashion. Mimu + Lukas will be the first live band playing at this year's festival, demonstrating their sensitive blend of Mimu's oceanic vocals and Lukas Auermann's cello and broad-faced electronics. Their work is a journey through a parallel universe in which the hushed sighs of electricity can be heard, and light serves a more magical purpose than a utilitarian one. Their performance at the opening of the Cinematic Orchestra proved what their show at Elevate will only underline: they create unique, singular moments that they will stretch even further into the future, come October 23rd.

The following act - US-based video artist and musician Torn Hawk - makes music that instantly reminds you of VHS tapes and lets time pass from reel to reel in a way that immerses the audience into his domain. There, you can smell the influences of the past and fester in his down tempo experiments.

Kate Tempest, who was nominated for the 2014 Mercury Prize with her album Everybody Down and has toured with acts like Billy Bragg, will resurrect all kinds of childhood memories with her magniloquence and with that, perfectly set the stage for Elektro Guzzi.

The Viennese sort-of techno band makes electronic music in a very amicable manner by utilizing instruments, a sincere dose of thud and sheer endless bursts of adrenaline. At this point, their live shows are as infamous as the band itself. Elektro Guzzi is a techno machine that redefines puls, stays true to itself but still stays in constant motion. They make beats with guitars, bass and drums that most people couldn't even put together on Ableton Live. Their third album Observatory finally put a stop to the drought of boring house music. Tin Man will then give us our acid house fix through his detailed creations that swerve through treble and bass and make us think of pleasant nights in Berlin. Johannes Auvinen (Tin Man's real name) certainly has music in his blood which, let's be honest, a lot of Skandinavian people do. So with this special sensibility he will take us through his magical spheres of techno, ambient and house. The evening will be wound up in a deserving style by Clara Moto from Graz, a permanent fixture in the Elevate family. She continuously pushes her personal envelope and sucks the listener into her world which is decorated with confident sounds and the music can be smelt, felt and tasted. We couldn't think of a more suitable way to finish this opening evening off.